After 40 years in the USA, 1952 AEC Regent RLH53 arrived home at the Museum today (18 April) after completing the last leg of its journey on a low-loader from Liverpool.  Here are some pictures of its arrival in typical April weather – heavy showers interspersed with sunshine.

A large number of Museum volunteers were on hand to watch, wondering what the old bus would say if it could only talk. Nearly two-thirds of its life had been spent in the Californian sunshine and now it had suddenly been brought back with a bump to the rain of its homeland and almost to its place of birth (or at least where its body was born) – nearby Addlestone where the Weymann factory used to be. 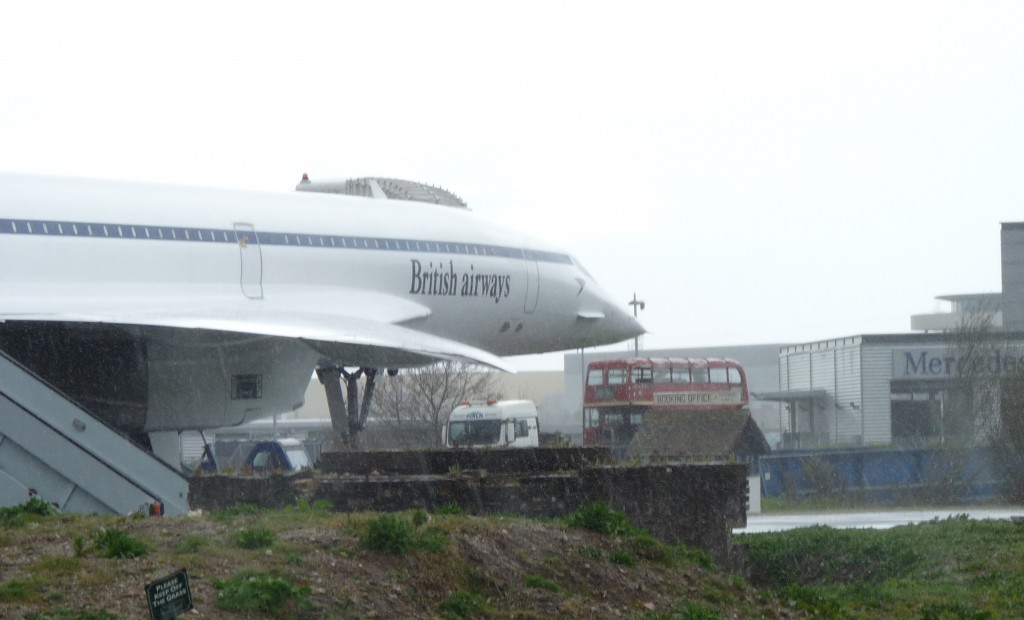 A first glimpse of RLH53 as it appears in the distance at the back gate to Brooklands. 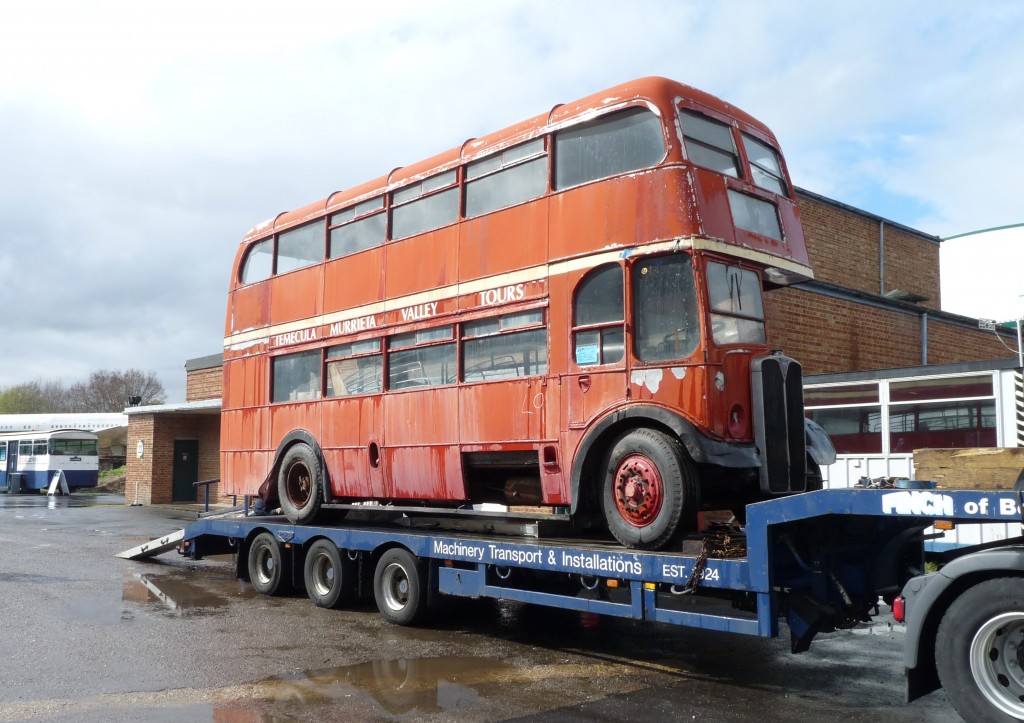 Our RLH hitched a lift home from Liverpool on this low-loader. 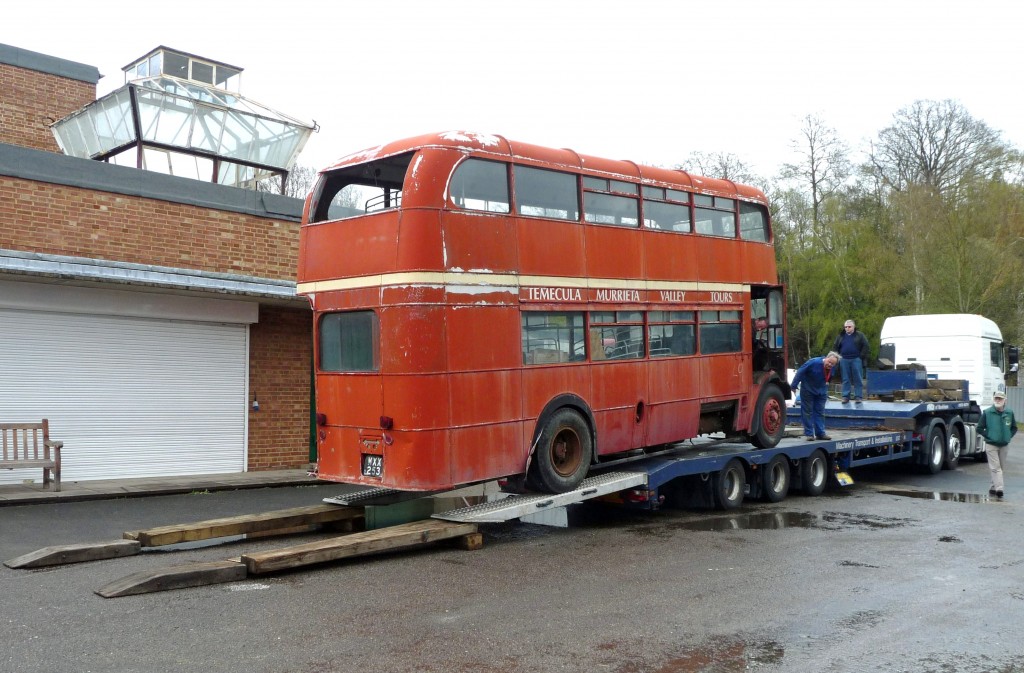 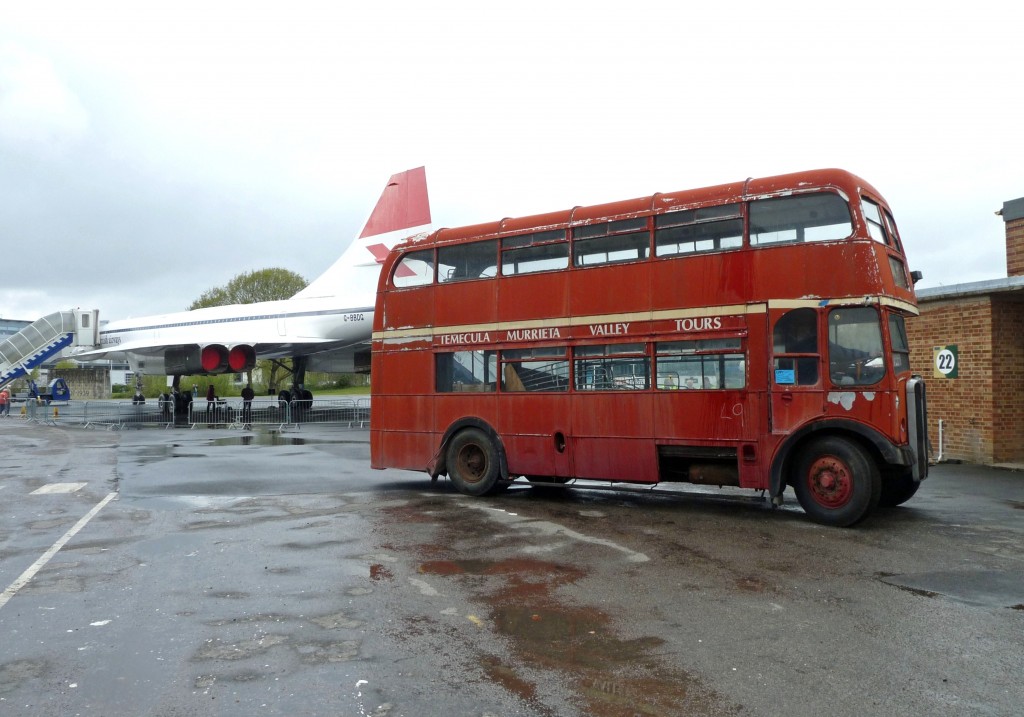 In the capable hands of Kevin Hibbs, RLH53 reverses past Concorde under its own power before heading up to the Bus Museum. 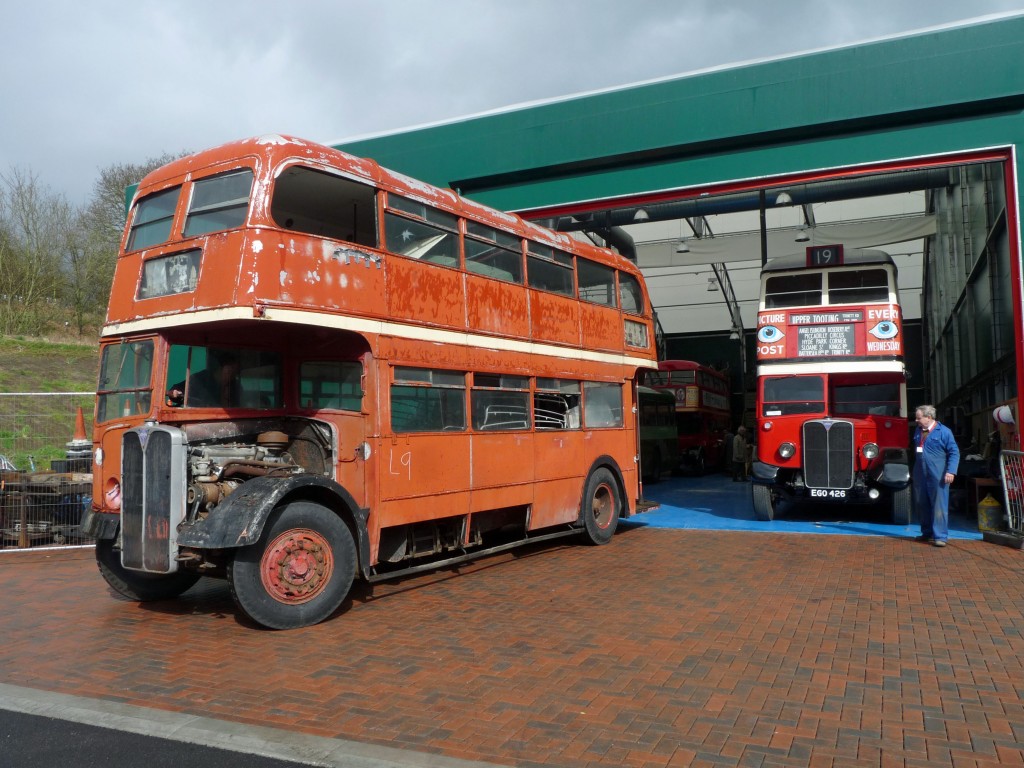 The April sun comes out as RLH53 manoeuvres into its new home. 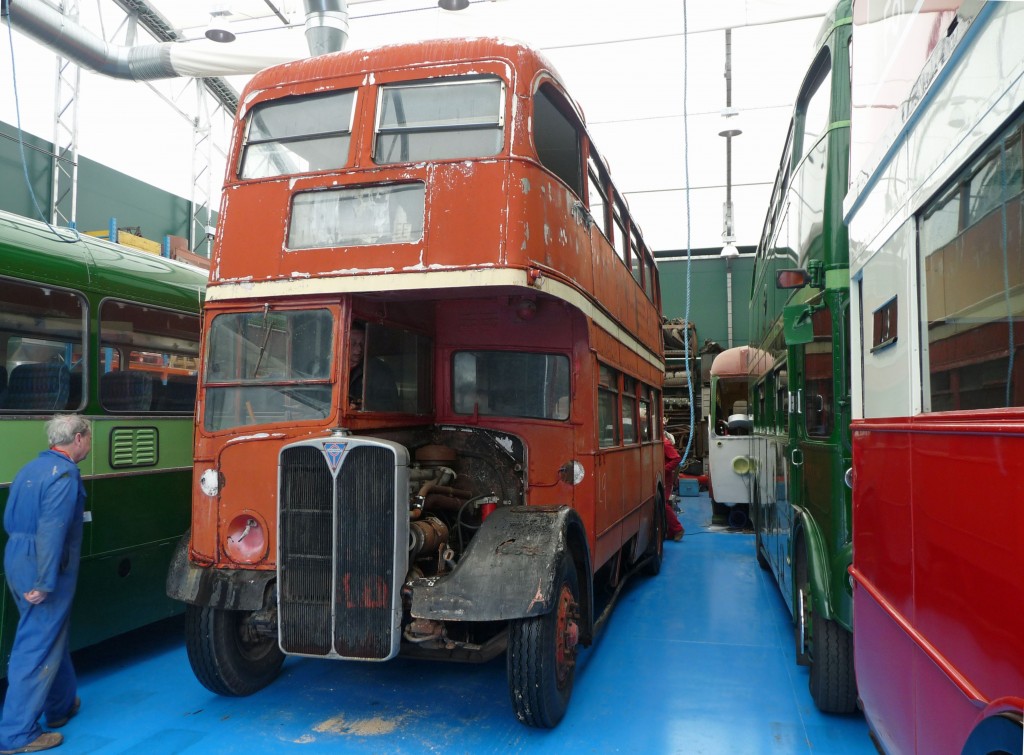 Safely tucked up at last, RLH53 says hello to some old friends.

Your ticket for: Back from the USA – RLH53 is home!