Status : on display in the Museum 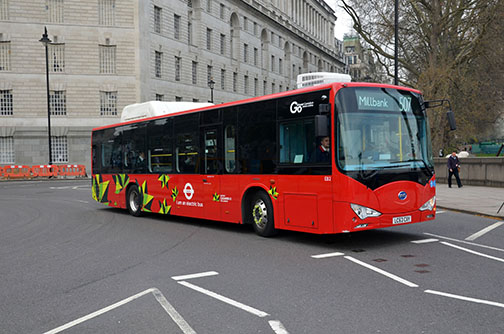 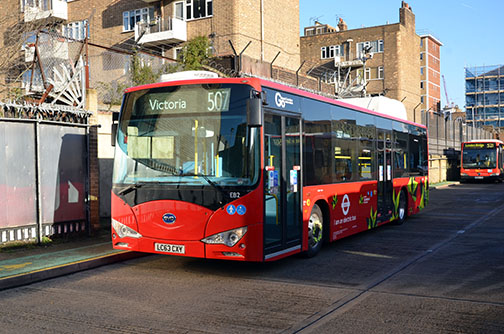 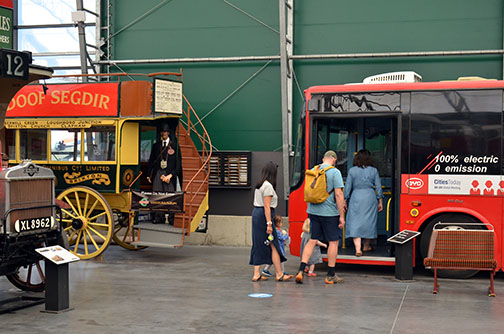 A team from Transport for London visited the 2013 Shanghai Motor Show where they inspected the all-electric BYD (Build Your Dreams) single-deck bus.  Whilst there, they learned about the conversion of all 16,000 buses in Shenzhen, China to pure electric propulsion.

EB1 and EB2 were introduced on trial in December 2013 to test the performance and reliability of all-electric powered buses in the capital, and entered service on busy central London routes 507 and 521.

They were built in China by BYD Auto Ltd and powered by BYD's lithium-iron phosphate batteries.

They were operated from London General's Waterloo garage where buses took between 4-5 hours overnight to fully charge. This was sufficient for a full day's work - around 150 miles, without the need to recharge.

Since this first trial, TfL have introduced over 500 electric buses to the capital.  Many use BYD batteries and running parts but have bodies built in Britain.

EB2 is almost unique in being wholly Chinese-built.  The batteries are stored in cabinets over the front wheel-arches and EB2, as displayed in the Museum now has transparent panels so that visitors can see these and also the rear-mounted electrical components.