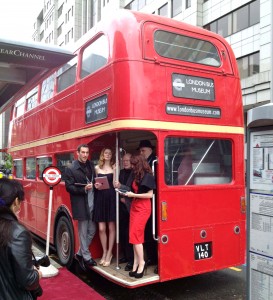 1959 Routemaster RM140 was back on the streets of London on Thursday 10 May when it hosted the première of The Silver Goat, a film that has been shot for viewing exclusively on the iPad. Stars of the film boarded the bus from a red carpet by a dolly stop which had been positioned on the south side of Southwark Bridge and then travelled on the bus as it toured various locations of the film. During the journey, the passengers watched the film on their iPads on the top deck of the bus. 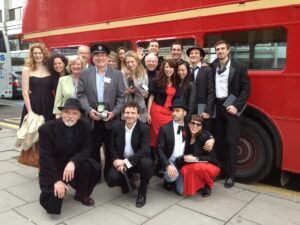 Driver Tony Lewis & Conductor Michael Wickham share a little of the limelight at the première. © The Silver Goat 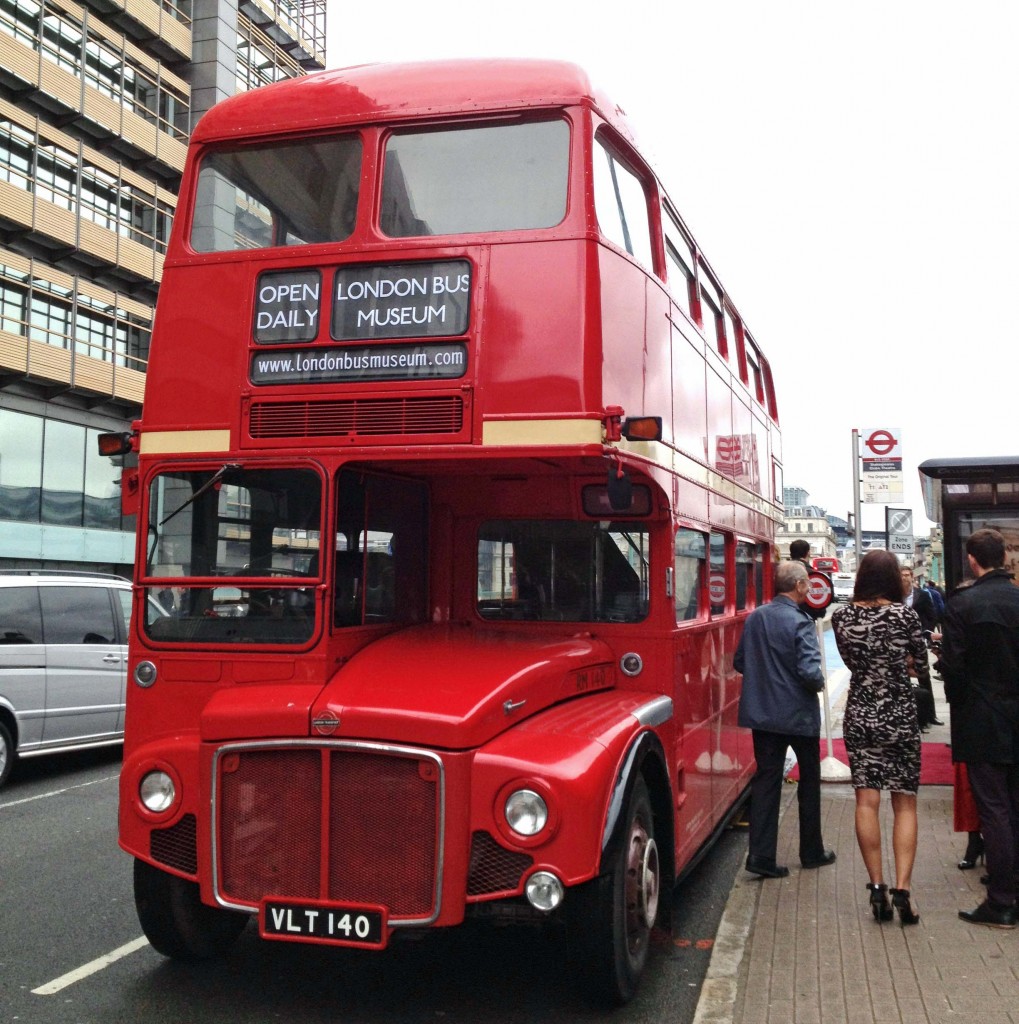 Who’s the star? The actress, RM140 or driver Tony Lewis? Depends on your point of view…. © Michael Wickham