Details of the final RT80 event this year 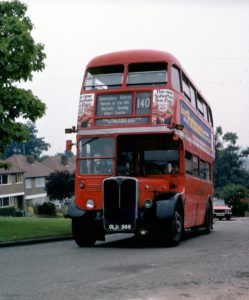 Route 140 (Harrow Weald Garage to Heathrow Central) is remembered as an RT and RM route (although in RT and RM days it ran to Mill Hill, before it swapped ends with the 114 in 1983); it was the last RT operation in west London.  As a final element to the RT80 celebrations in 2019, we are organising a heritage operation on the route featuring RT and RM family buses, on Saturday 23 November 2019, before the route is shortened to run only as far south as Hayes & Harlington.

The route will be operated alongside Metroline as a free service and will terminate and lay over in Harrow Weald Garage.  The garage will not be open to the public.  The main service will run between Harrow Weald and Heathrow Central every 20 minutes, first departures 1030 from Harrow Weald and 1035 from Heathrow Central Bus Station, until about 1630 southbound, 1530 northbound.  In addition, there will be extra short workings and a few journeys will cover the original roads to Mill Hill Broadway.   The draft timetable is here.

The photo of RT4779 used for this post is © David Jones, reproduced here with his kind permission.

Your ticket for: Details of the final RT80 event this year

Details of the final RT80 event this year