The “last bus” for John Broadhurst

It is with sadness that we announce the passing of John Broadhurst.

Ian Barrett, a friend who worked closely with John on restoration projects, writes:-

John sadly passed away on Saturday 26th October after an unfortunately lengthy illness. 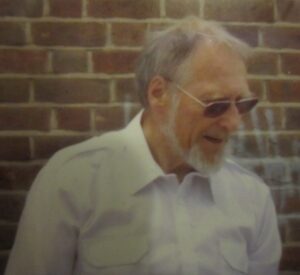 He was a long term supporter of the Trust in various ways, but will probably be best remembered for his work around the site. Often to be found tending to the grounds at Redhill Road in an attempt to keep the ever sprouting undergrowth in control. Most of the tools for this he carried around in his car, which most people that knew him would generally say resembled a well-equipped mobile shed. (This accepted by his own admission).

An ever enthusiastic person, he never shied away from hard work and indeed put people much younger than himself to shame with his motivation for jobs of all sorts, large or small, dirty or clean. Always a willing volunteer who would be ready to lend a hand if someone else needed it. Until relatively recently he was still the holder of a PCV licence and often drove school buses and other types of private hire work, as well as driving Trust vehicles for open day services and various other reasons.

John had a wide interest in varying vehicles, be it two or four wheels, or with multi axles. This varied from owning a Sunbeam S8 motorbike, through a part built kit car and up to buses and a recovery truck. Often when I would be talking to him, he would tell me about another vehicle that he had just purchased, or was working on and seemed to be increasing his collection when mo

st people of his age would be reducing theirs. He spent a great deal of time working on his Chiltern Queens Reliance coach whilst I was helping him with its restoration and I would often leave him to carry on working into the evening when I went home for the night. John would be pleased to know that a close friend of his has found it a good home, so it’s pleasing to know that all his work won’t be in vane and will have helped to get the vehicle completed.

John’s Funeral will take place on Wednesday morning 6th November in Shepperton followed by burial in Cheshire as per his wish.

Your ticket for: The “last bus” for John Broadhurst

The “last bus” for John Broadhurst