What an incredible event it turned out to be, perhaps the most successful ever. Over 4,800 visitors attended the Gathering in its new location at Brooklands – arranged and organised by London Bus Museum but using the whole Brooklands Museum site with the kind agreement, support and co-operation of our friends and neighbours there.

The best part of 200 buses were either on show or in service, with a multitude of different types and periods represented. The free bus services were packed full all day as were the special excursions and the horsebus and open-top rides. A huge collectors’ market stretched as far as the eye could see and the whole showground was crowded and buzzing all day. 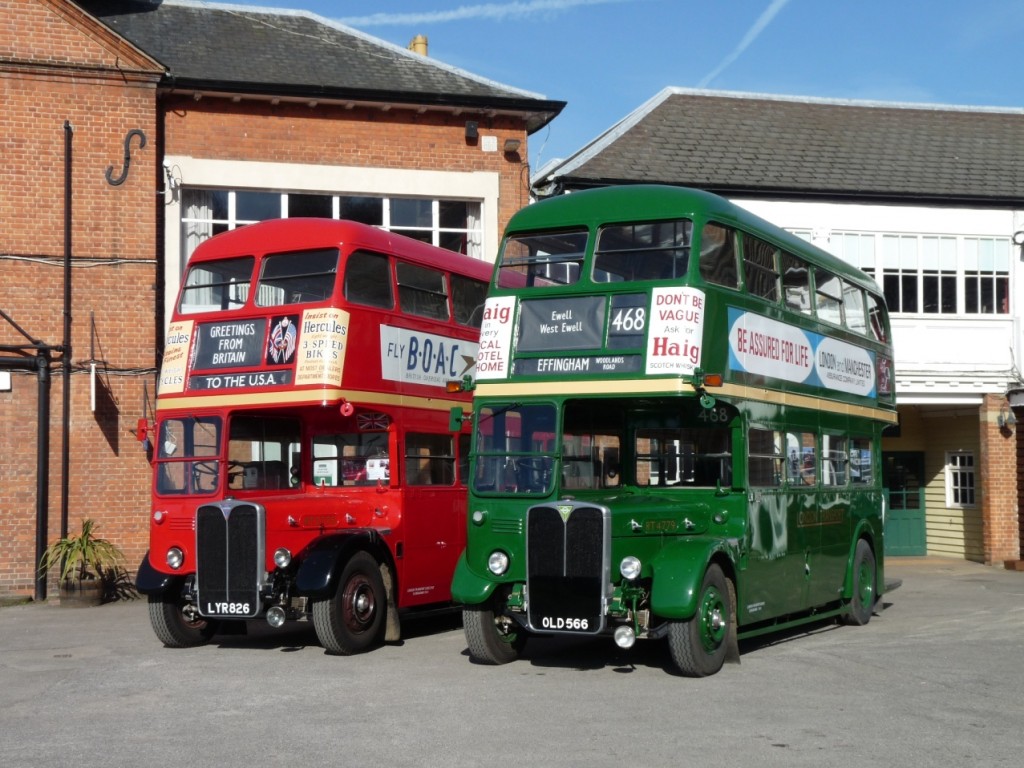 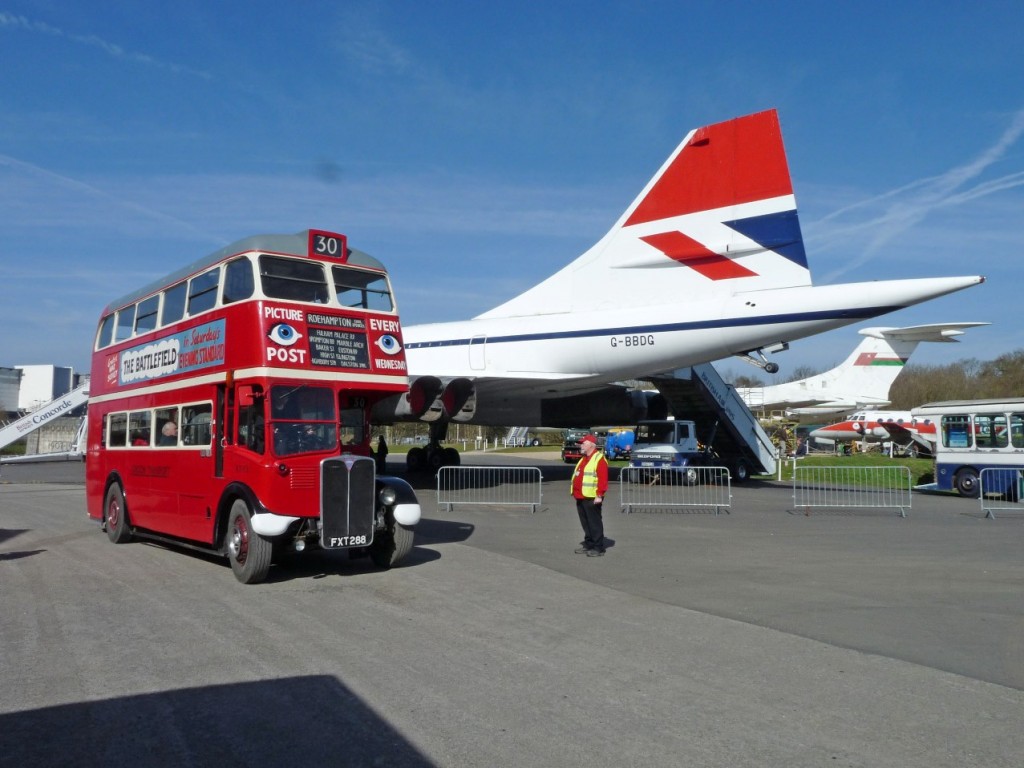 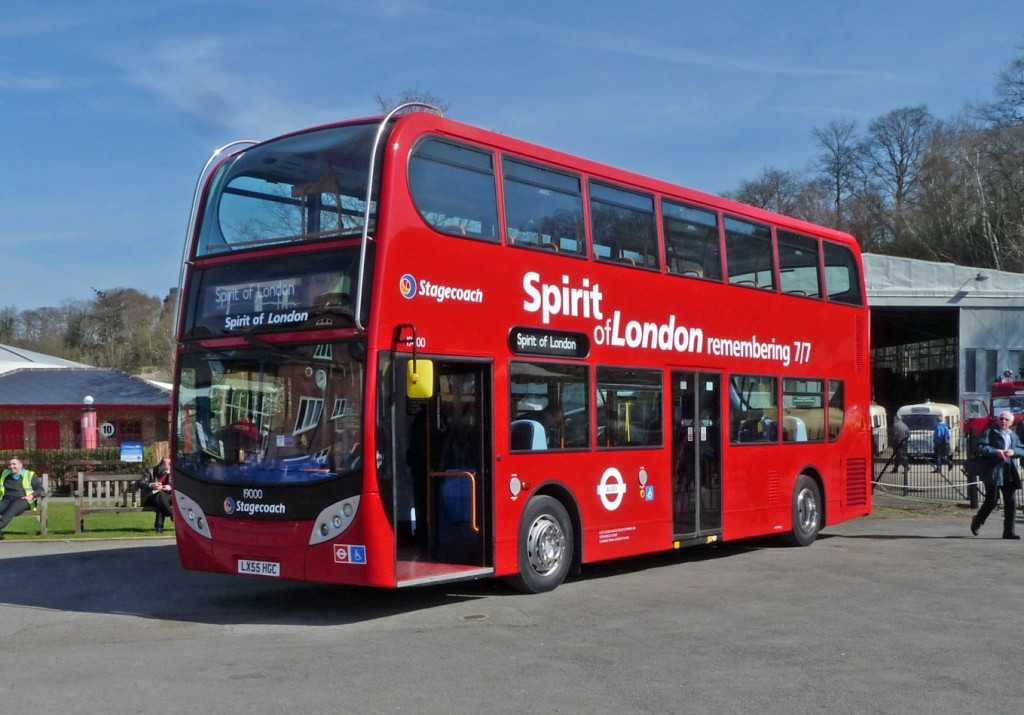 Stagecoach’s Enviro 400 “Spirit of London”, named in commemoration of the victims of the 7/7 bombings, was one of the highlights of the Gathering, where it was re-launched into service after repairs. 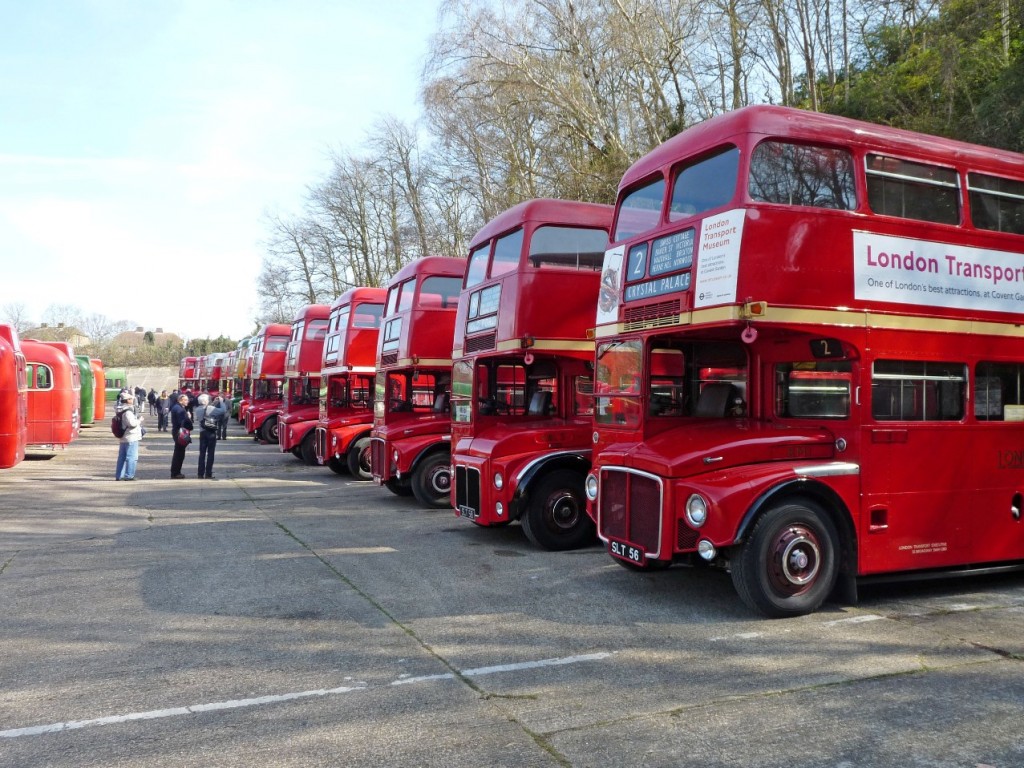 Routemasters 1 & 3 head a nice line-up of these famous buses in one of the show’s several large display areas. 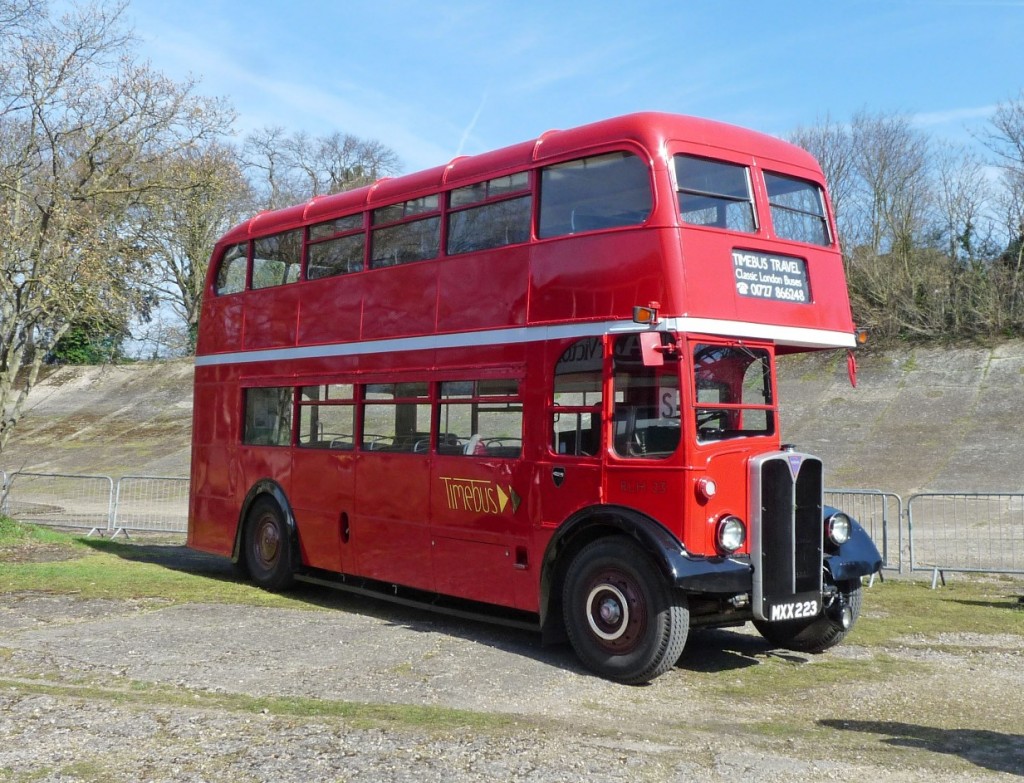 Lowheight AEC Regent RLH23 was one of many interesting buses providing the free, inclusive bus services at the Gathering. 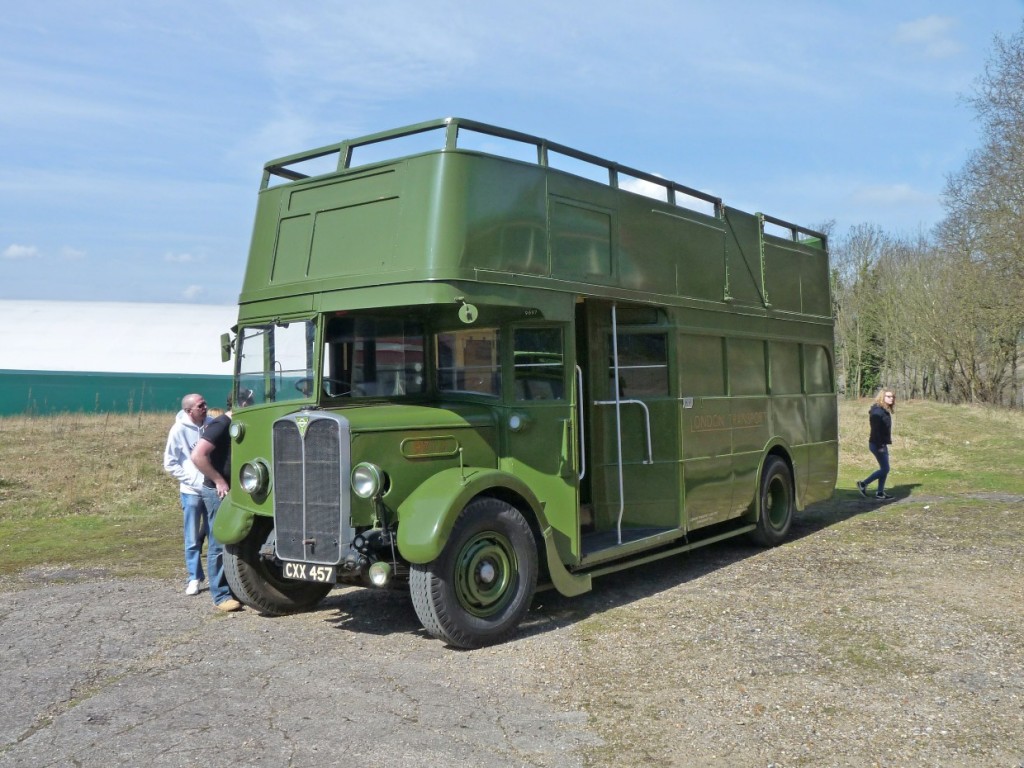 This AEC tree-lopper, London Transport service vehicle 971J, was once a front-entrance STL-type bus in the Country Area. 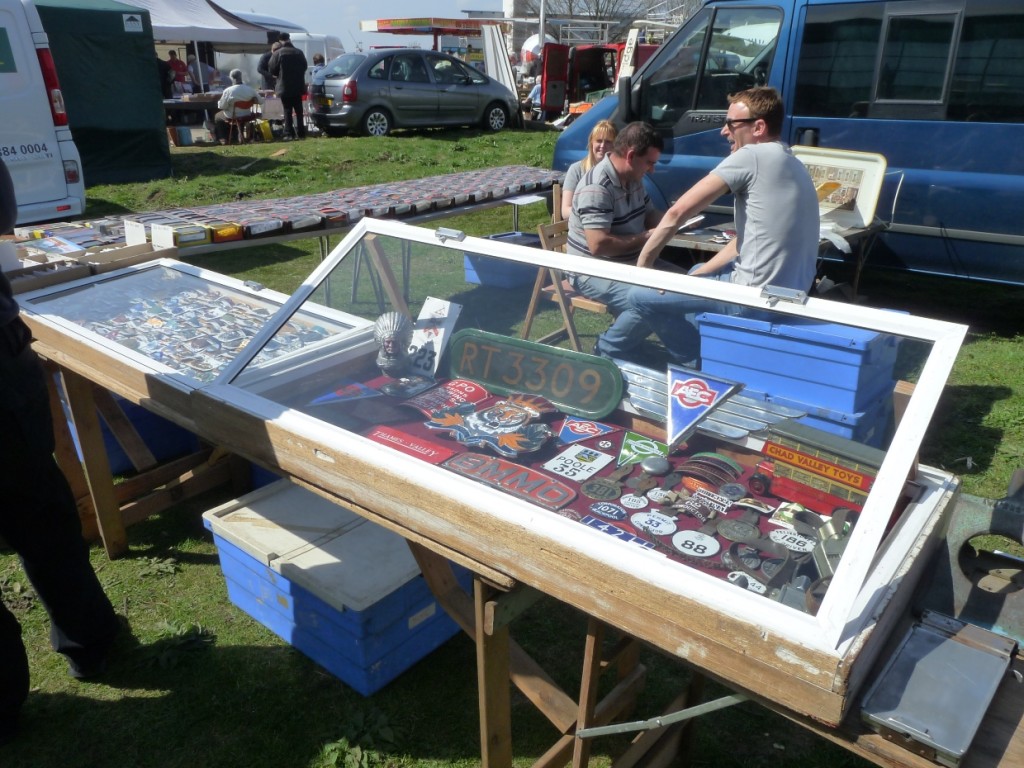 Countless stalls were available across the huge marketplace which seemed never-ending. Lots of collectable items on this one! 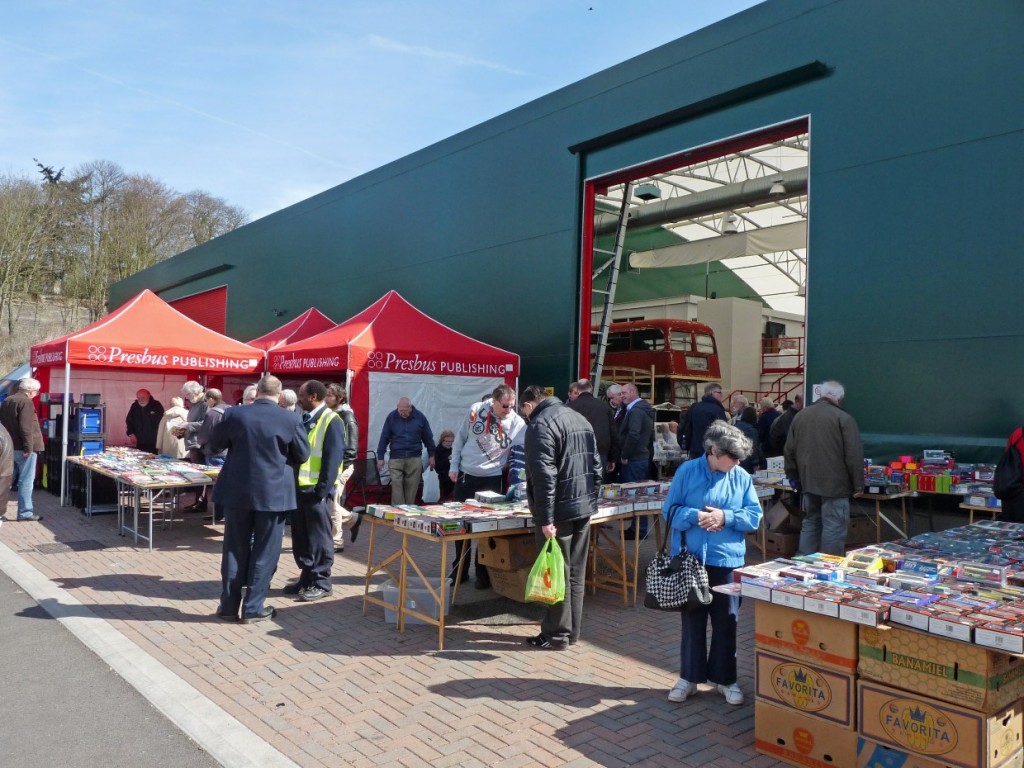 A small corner of the huge collectors’ market. 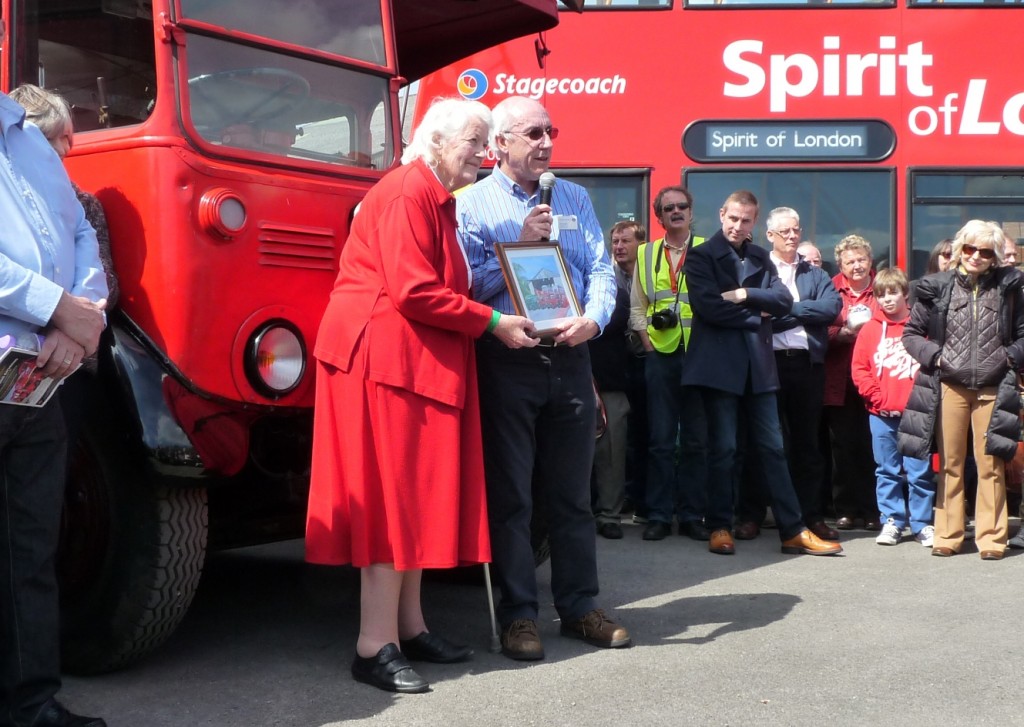 Leon Daniels, TfL’s MD of Surface Transport, and LBM’s Vice President, presents Denise Morgan, sister of the late Colin Curtis, with a painting of the old Cobham Bus Museum, in memory of her brother. 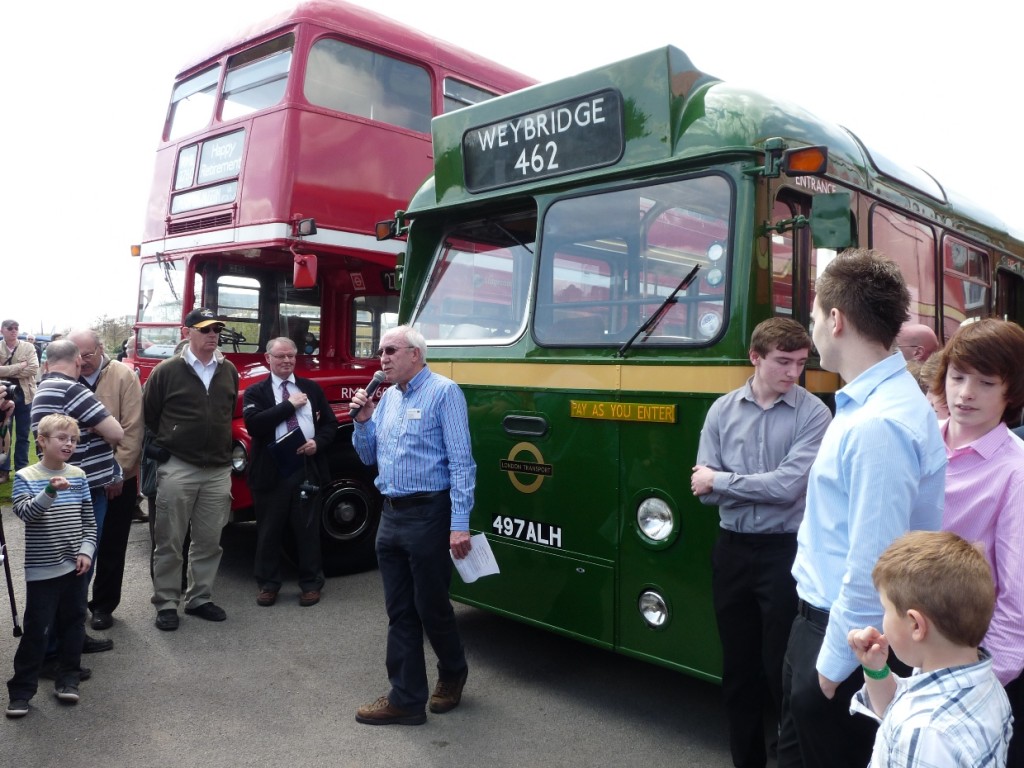 The Museum’s Vice President Leon Daniels, TfL’s MD of Surface Transport, unveiled three additions to the LBM Collection and stands here in front of two of them – 1960 RW3 and 1968 RML2760. 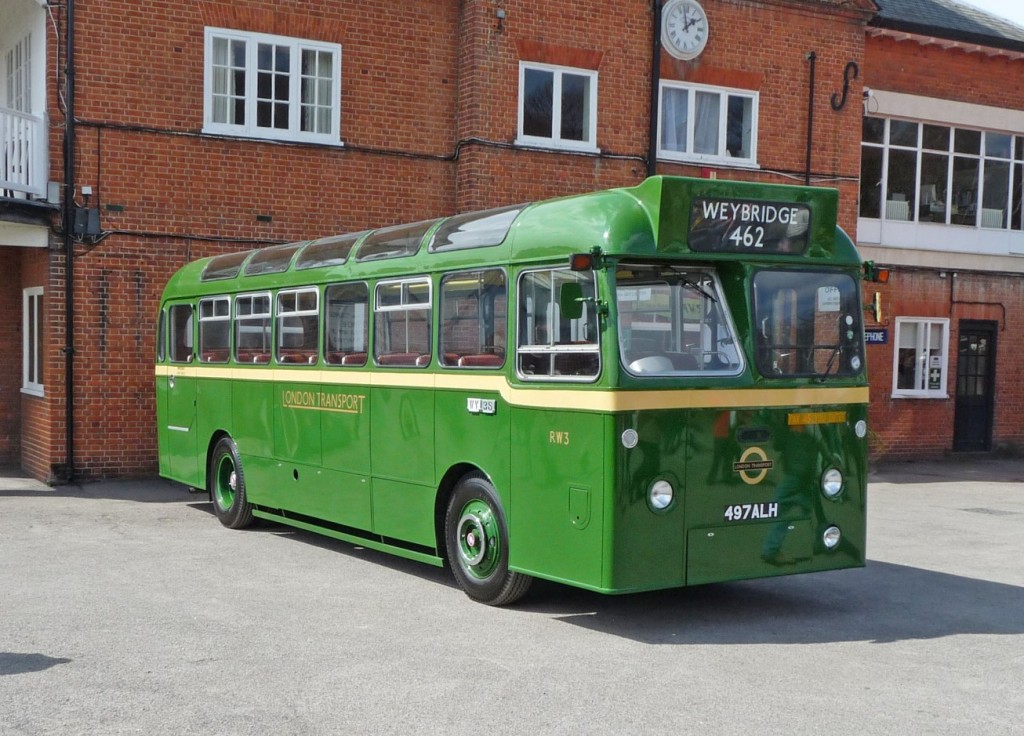 1960 AEC Reliance RW3 has joined the Museum Collection, on long-term loan from its private owners who have done a fantastic restoration job. Here it shines in the sun at the Gathering before going on display in the Museum. 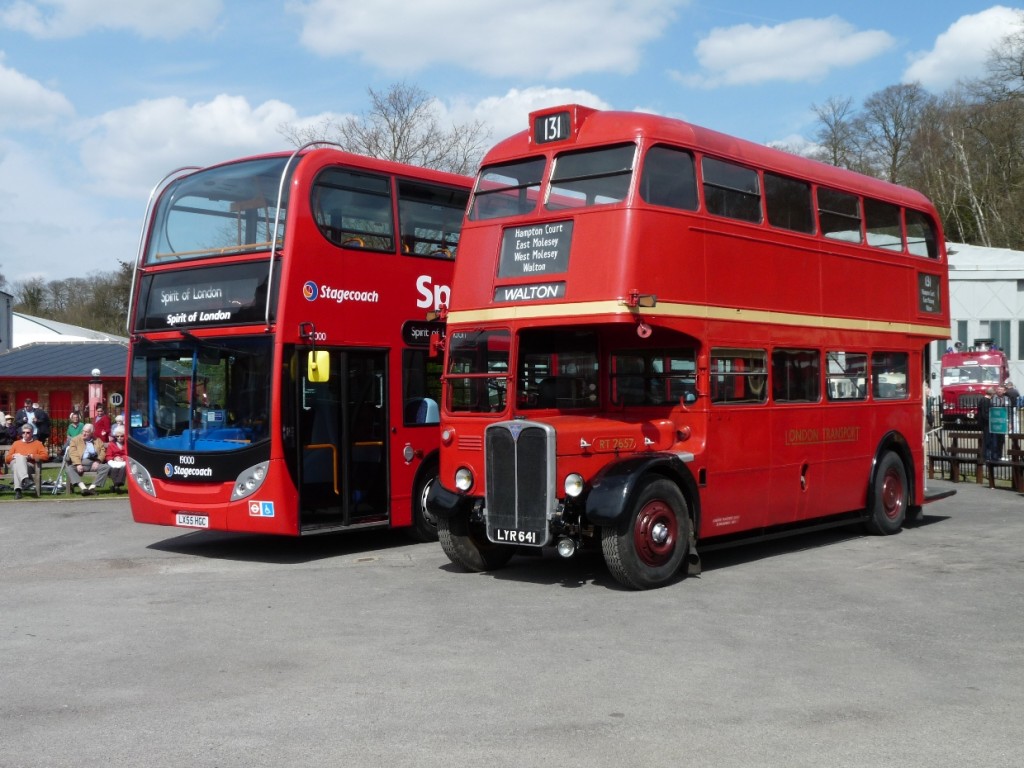 Also unveiled at the Gathering was 1948-built AEC Regent RT2657, one of the early post-war RTs with a ‘roofbox’. The bus has joined the LBM Collection after 49 years in the Paris Transport Museum. Seen here next to Enviro 400 “Spirit of London”. 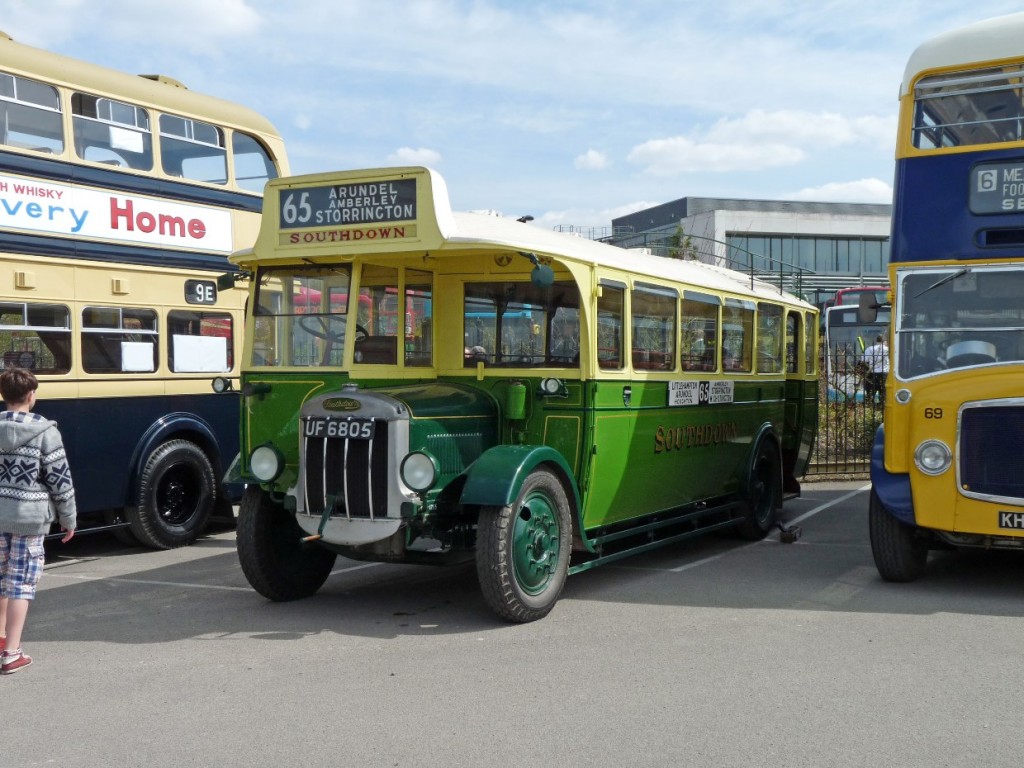 It was great to see Amberley Museum’s 1930 Tilling Stevens with Short Bros body. 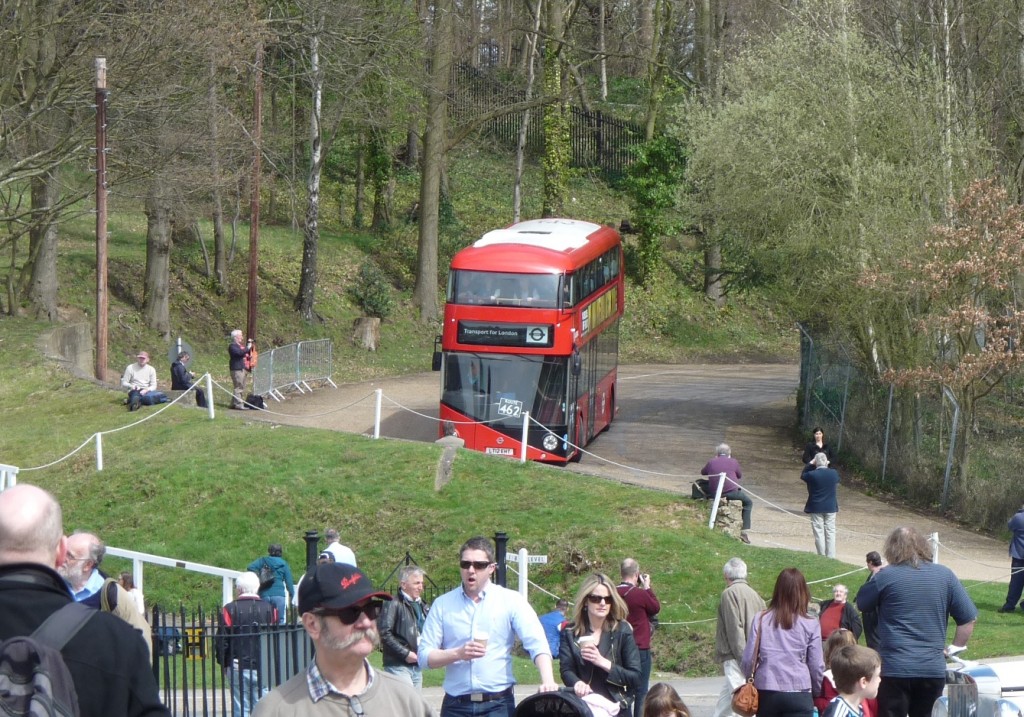 “New Bus for London” LT5 was in service at the Gathering and is seen here bringing another full load into the museum down Members’ Hill. 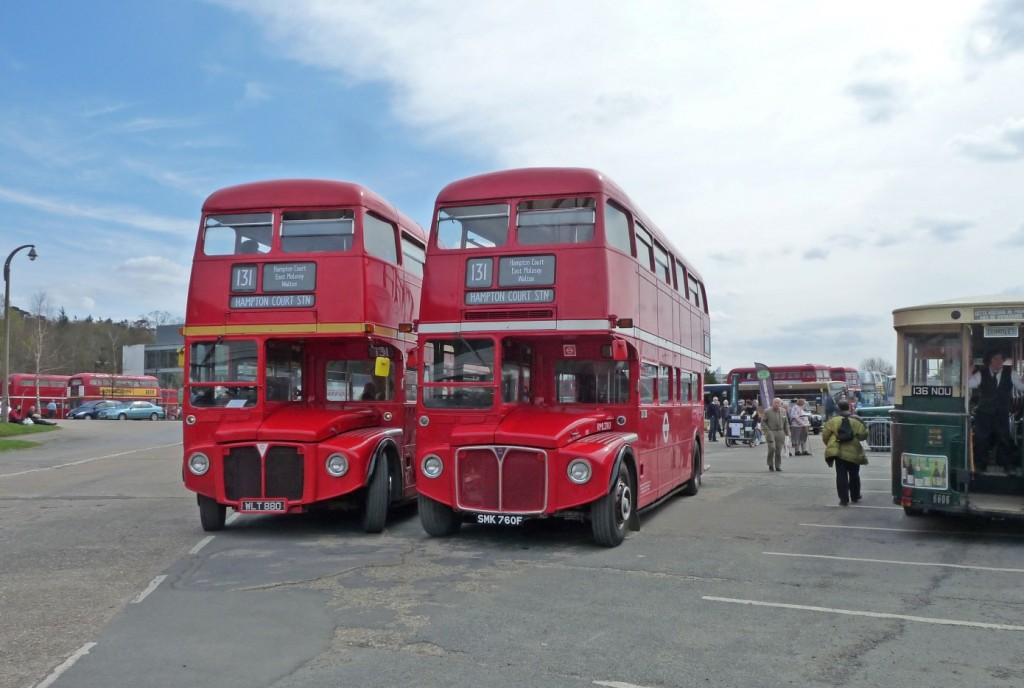 The first and last long Routemasters, ER880 of 1961 and RML2760 of 1968, are seen here awaiting departure for Hampton Court on special excursion 131. 2760 has now joined the LBM Collection on long-term loan from Stagecoach London and will be an active member of the Museum’s working fleet. 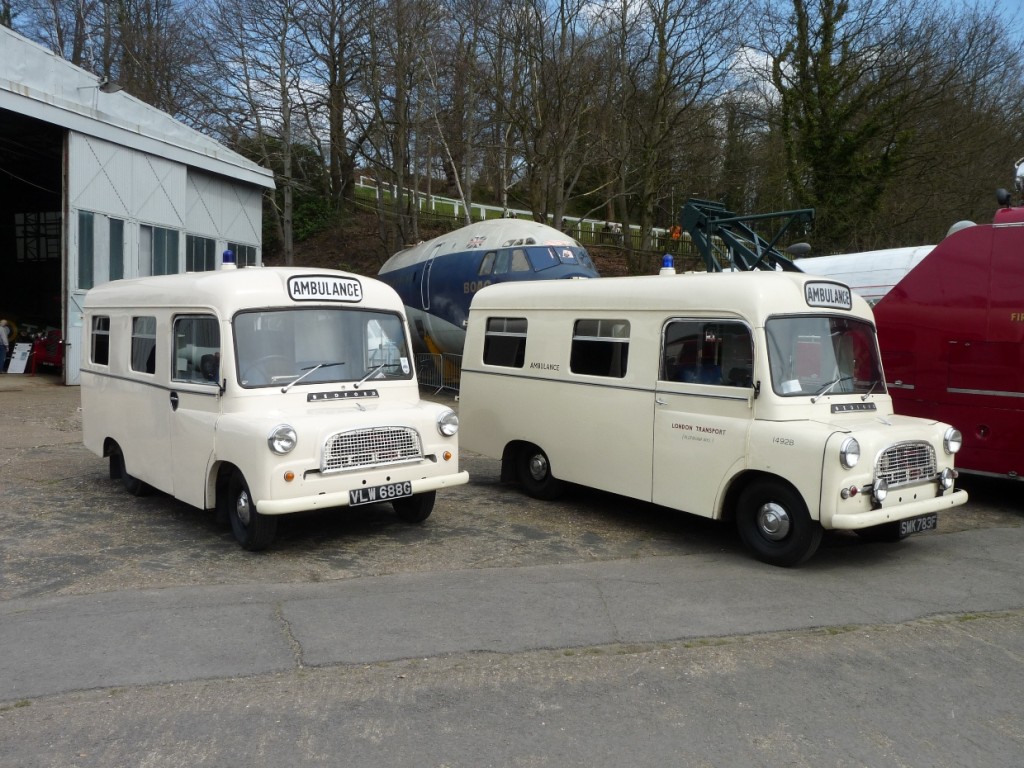 The Museum’s Aldenham Works Bedford ambulance (right) is seen here alongside its Chiswick Works counterpart, brought along for the day by its private owner.

Your ticket for: Report on the 40th Spring Bus & Coach Gathering