Status : Fully restored and operational; on display in the Museum 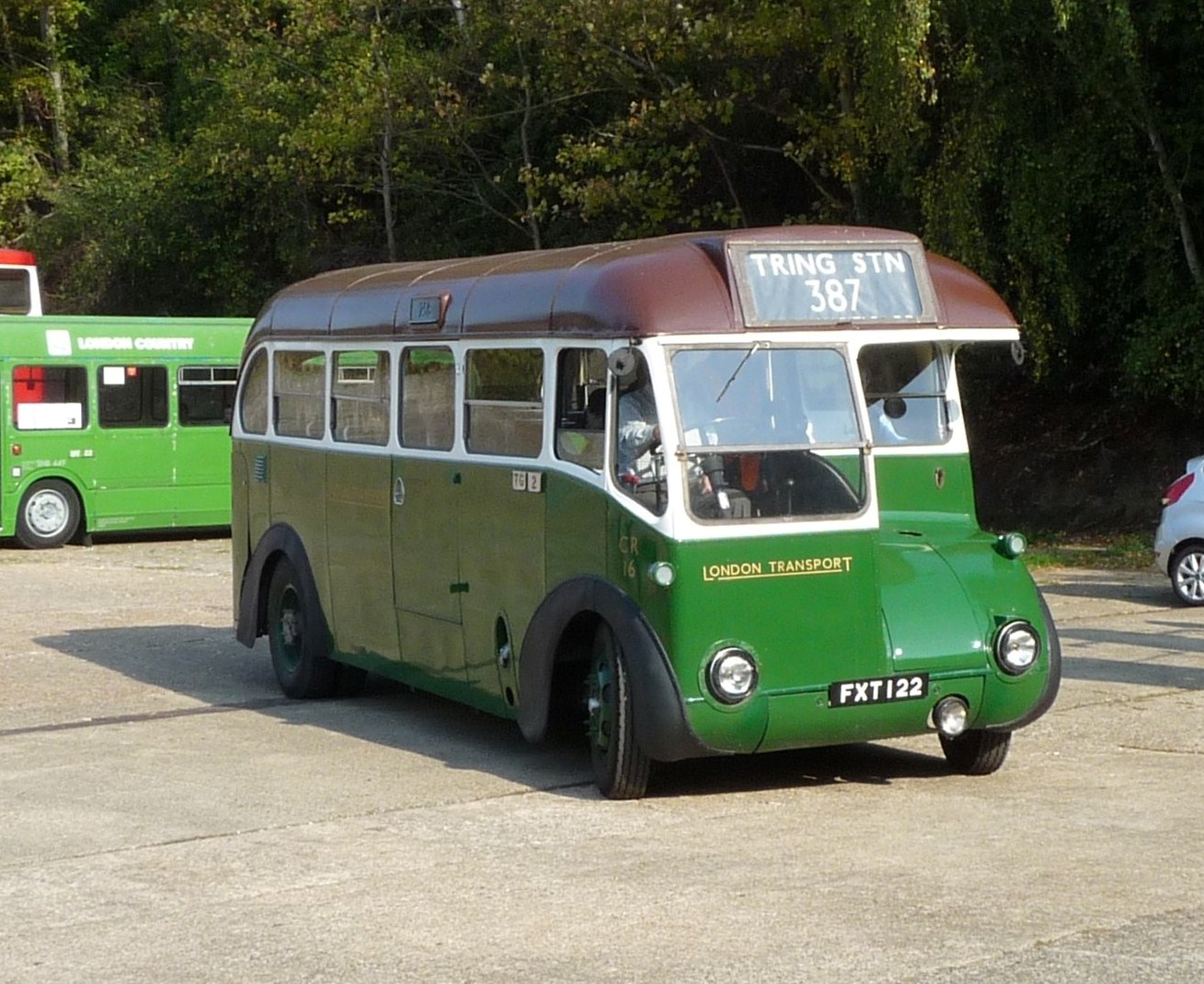 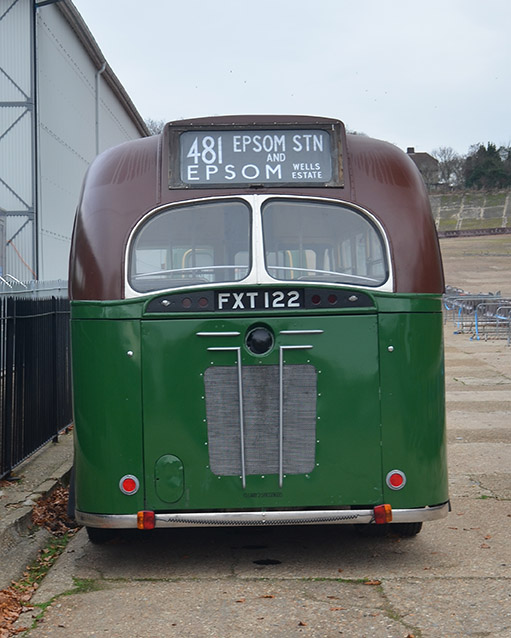 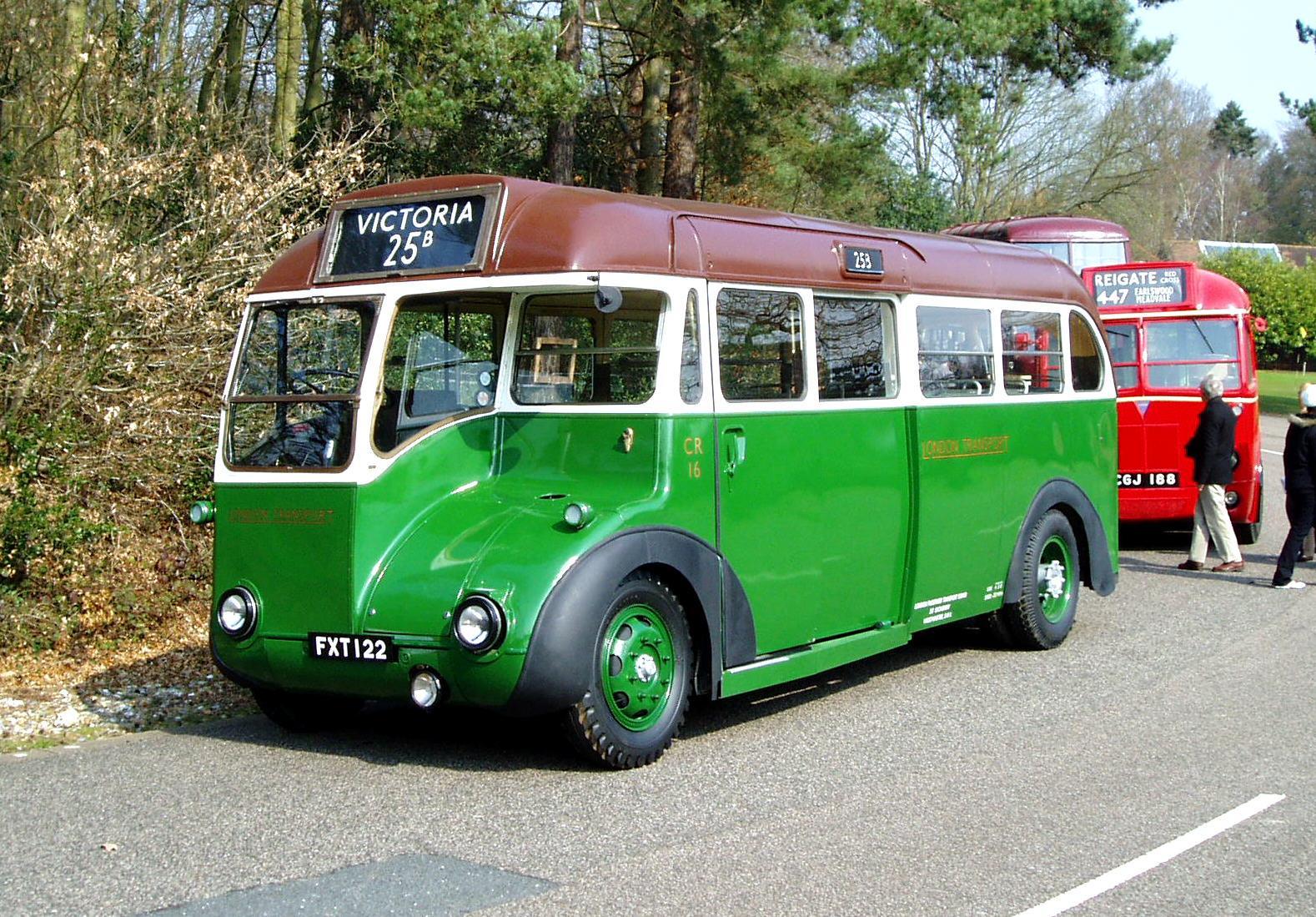 During the 1930s, London Transport (LT) was at the forefront of bus innovation in the UK and its engineers worked with their counterparts at AEC and Leyland pursuing, in particular, the re-siting of the engine in efforts to increase passenger-carrying capacity. These collaborations had resulted in the development of the experimental (and successful) AEC Q-type, with a side-mounted engine (see the Museum's Q-type), and the Leyland TF with its underfloor power unit.

LT had already purchased batches of conventional, front-engined Leyland Cubs but, by 1939, needing further small-capacity buses to replace older types and, having trialed a prototype rear-engined CR in 1938, it took the plunge and ordered 48 more of the revolutionary type.

The CR's engine was mounted longitudinally on the rear of the chassis and power was transmitted through a forward gearbox and back to a de Dion rear axle. The 20-seat bodies featured a sliding door behind the front axle. The buses entered service in both red (Central Area) and green (Country Area) versions but the outbreak of war, and the consequent reduced need for small-capacity buses, meant that they were under-used from the start. They were also fairly unreliable, being subject to over-heating problems and other issues arising from somewhat quirky designs. Keeping them on the road was not a priority in wartime conditions and all of them had been placed in store by 1942.

Even after the War, there was little use for the CRs as their passenger capacity was too small to justify their use in most cases. However, the extreme shortage of serviceable buses meant that they could not be wasted and, somewhat incredibly, some were brought out of storage in 1946 to help out with rush-hour services in central London, working with conductors on board. When this work ceased in 1949, some of them went to the Country Area to work one-person operated services where they lasted until 1953. All were withdrawn and disposed of by 1954, one going to the LT historic collection, from which it was later sold on, and the rest going to dealers, mainly for scrap although a few were exported to Cyprus for further use.

CR16 entered service at Windsor country bus garage in November 1939 and was placed into wartime storage by the end of 1942. In 1946, still in green livery, it worked from Central Area garages at Streatham, Merton and Kingston. Sold to a dealer in 1951, it was exported to Cyprus for further service with Lefkaritis of Larnaca and was derelict in his yard by 1972, along with another example. Around 1979/80, they were discovered there by an RAF officer who arranged for the two buses to be repatriated, allegedly on an RAF Hercules transport aircraft.

Back in the UK, the two CRs passed through various hands and the second one, CR36, was dismantled for parts to enable the restoration of CR16. After the demise of its owner, CR16 lay in a yard, unwanted and deteriorating once again until 1997 when a new owner discovered it, eventually rescued it and began a total restoration in 1998 which involved rebuilding the body and fitting a replacement engine. The services of Cobham Bus Museum were used in the provision of copies of the original engineering drawings and the little bus finally appeared, fully restored, in 2007.