85 members, their families and friends enjoyed a 4 course carvery lunch, or vegetarian  equivalent. 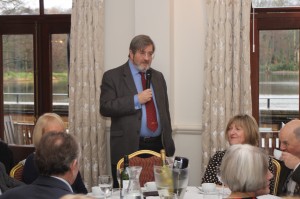 Chairman, Guy  Marriott, spoke about the successes of 2013 and the events planned for this, The Year of the Bus. He thanked all the volunteers who regularly work in all the numerous roles needed to run the Museum, 360 days a year. 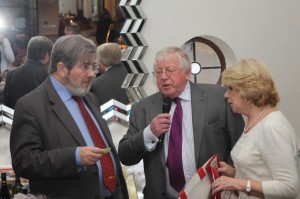 Guy draws the first ticket in the raffle organised by Roger and Dawn Stagg.

Many prizes had been donated, and all tickets were sold raising money for the Museum.