London Bus Museum is organising a weekend of events to mark 75 years of London’s classic RT bus on 12-13 April 2014. 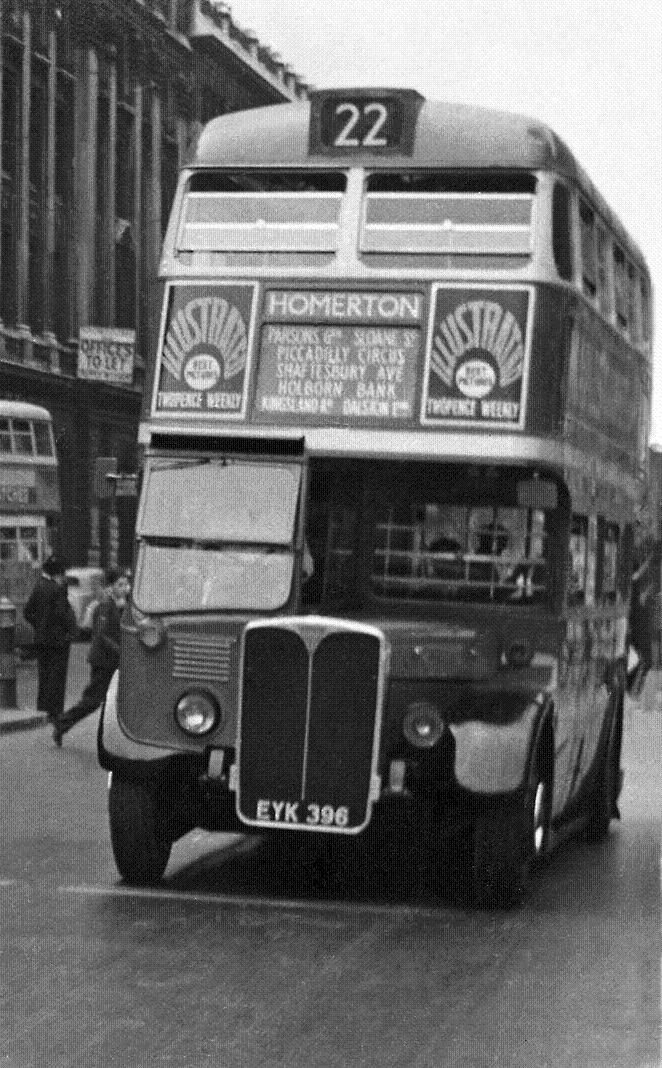 The prototype, RT1, entered service on route 22 between Putney Common and Homerton on 9 August 1939, just weeks before the outbreak of World War 2.  Its design marked the culmination of a programme to design the ultimate London bus, featuring the latest in construction, engineering and passenger and crew comfort.  It is a tribute to the durability of the design that, 60 years after the last was built, about fifty of these double-deckers will take part in the weekend’s programme.

The RT family comprises the main AEC variant, built in Southall and carrying bodies by either Park Royal Vehicles, Weymann of Addlestone, Surrey, or (in a few cases) Craven or Saunders, together with their Leyland siblings. 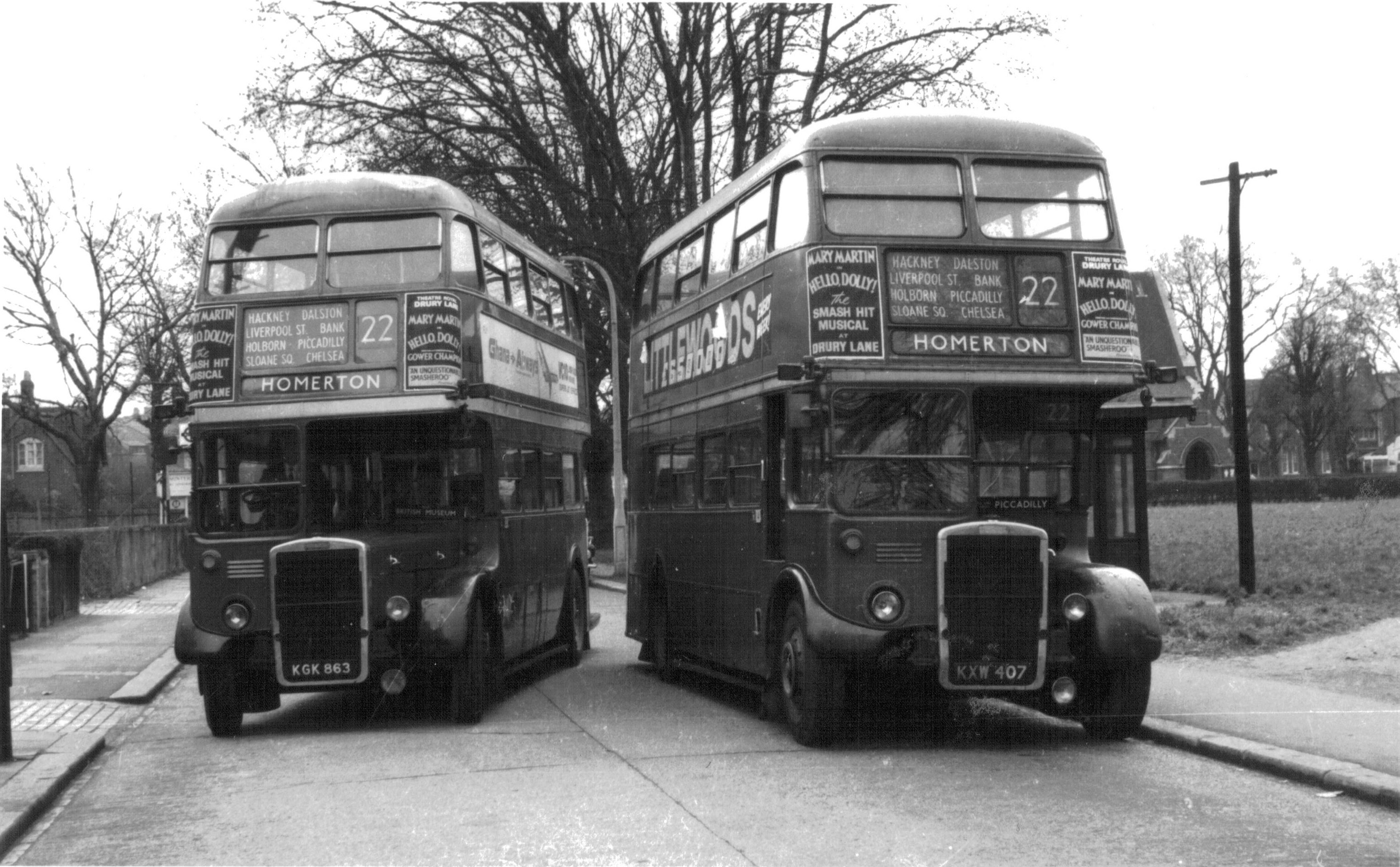 About 30% of the RT family were built by Leyland, in 7’6” wide form (the RTL, carrying either the same body as the RT or a Metro-Cammell version) and the 8’ wide version, the RTW, wholly built by Leyland.

Both Leyland versions of the RT seen here at the Putney Common terminus of route 22.

In total, nearly 7,000 were built, 150 in the early days of the war and the others between 1947 and 1954.  The Leylands last ran in 1968 (and are less well represented in preservation) and the RTs themselves remained in service until April 1979, in their latter days often replacing less-reliable ‘modern’ buses.

For more detail on the RT-type, see The RT Family  or purchase the Museum’s special RT75 full-colour booklet, excellent value at only £5 incl postage.

On Saturday 12 April 2014, RT-family buses will operate special route 22 between Piccadilly Circus and Homerton, and a display of RTs will be held at Ash Grove bus garage in Hackney, by kind agreement of Arriva.

In addition, in public service for the first time anywhere since 1945 will be the Museum’s restored prototype RT1, which will run a supplementary service at a fare of £10 per journey.   The special RT1 timetable is here.

During the afternoon, RT-family buses will run (out of service) over the whole of the original route 22, continuing beyond Piccadilly Circus via Hyde Park Corner, Sloane Square, Kings Road and Putney Bridge to Putney Common.  Many will then run via former route 37 to Richmond, route 65 to Kingston and former route 131 to Walton-on-Thames, before finishing at Brooklands ready for the display at Spring Gathering on Sunday.

RT75 will also be the main theme of Spring Gathering at Brooklands on Sunday 13 April, with a display and cavalcade of RT types, and in the afternoon RTs in service on the Museum’s route 462.

Your ticket for the: RT75 anniversary to be marked by RT1’s return to public service